On June 12th 2019, the film Free Trip To Egypt was screened in 500 theatres across the United States and was immediately followed by a panel discussion which was streamed into the theaters. 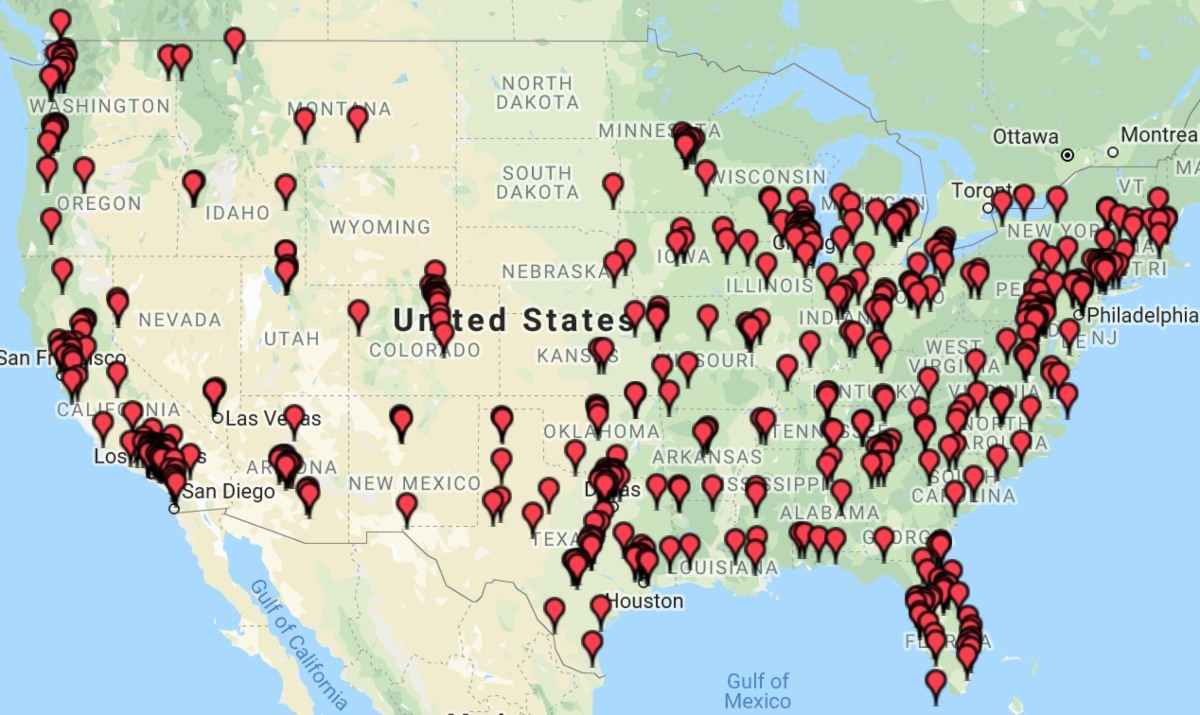 This is what was called the #PledgeToListen Day of Unity and it truly was a vibrant celebration of all that unites us in our shared humanity as thought leaders, influencers, celebrities and thousands of people gathered together to bring more listening and kindness to the world.

In addition to the panelists, other thought leaders and experts also provided their thoughts and insights to the audience including Sister Jenna, Reverend Sylvia Sumter, civility expert Dr. Lew Bayer who were present in Washington DC.

Before the panel discussion, the audience in Washington DC also watched the film. Some audience reactions from Tiffany Trump, Marla Maples and Rabbi Rami Shapiro, Ellen Decker (film participant) and others.

And around the Country...

Here is just a sample of some of the inspiring and supportive messages from our screening hosts after watching the film and the panel discussion in their respective theaters across the United States:

We had quite a packed house and everyone totally loved it!! ...  It was a beautiful evening, and I was especially impressed with the panel discussion after the film. ...  It was such a special feeling to know that we were sharing in this experience with thousands around the country. ... The magic of the night is still with me.

Amazing movie. The theater was packed here in Houston from all nationalities. One of the best movies I’ve seen. 💓💓 Great job. It’s funny, really and it touches you deeply.  .... It was a big success. .... Many people said they would like to watch it again. …. I personally loved it more than any other Hollywood production. I truly hope for this movie to reach a huge level of success. .... Here's to film makers that choose to create works that really matter and help us become more vulnerable and caring as humans.

Our group in New York was very moved and we stayed a long time afterwards talking about it all. Thank you Tarek for being who you are in the world, and for prompting this important national (and international) dialogue. .... It sounds like the ripples and waves of listening and kindness coming from your film and #PledgeToListen Day of Unity are reaching high places in politics and elsewhere.

This was a wonderful experience and I think it was made even better by making sure we filled the theater early. .... We also had a very diverse audience that included Jews, Christians, Muslims, Catholics and others. We had a rainbow of people as well. Those two things excite me because I think a diverse group of people brings about diverse ideas. .... Your movie definitely made an impression in Eastern Nebraska.

Wow the film was fantastic. .... good hearted and genuine. I am so happy you made this film. .... It was a packed theater and there was a lot of interest.

So so good! Just watched the film with some of my dear sisters in our JAM and All Interfaith group. .... Thank you Tarek and all!  .... We all enjoyed the movie so much last night, and found out today that even more members of our JAM and All Interfaith group had attended a showing at another theater in Fort Lauderdale. .... We hope to stay in touch and continue the conversation!

It was a great success! .... AFN took the #PledgeToListen today as we partnered with the Islamic Speakers Bureau of Arizona and the Jewish Community Relations Council of Greater Phoenix to attend the screening.

The film is powerful, in an understated way -- the result of exquisite motivation and a team of film making geniuses who chose to give their very best to exactly what's needed on the planet now. .... The sensitive story-telling unfolded with feeling and emotion that safely allowed us in the audience to see the range of humanity of each traveler and thus ourselves. .... The post-film panel a huge, practical contribution -- also brilliant in its diversity.

The hosts from Daily City, had an interesting surprise the following Sunday:  we attended the inter-racial Church for the Fellowship of All Peoples. We were totally surprised when the African-American, Pastor Dorsey Blake, addressed the congregation with his passionate sermon detailing the story and his profound experience having just seen Free Trip to Egypt at the Century San Francisco Centre 9.